For Home or Office Carpet Cleaning

DRY in Minutes No Waiting & No Wet Mess

Your Carpet is Dry & Ready To Use

Stains Will Not Return

No Wet Mess, No Mould or Mildew

Customer Testimonials
Wednesday, February 17, 2016
★★★★★
“ Big thank you to Deluxe for cleaning my dining room carpet and hallway, they looked terrible. All the stains are gone and the hall looks a hundred times better. I will never leave it so long again but I didn't know about dry carpet cleaning — Now I do! Thanks very much for a brilliant job”
– Teresa N Didsbury

Altrincham WA14
Tuesday, March 8, 2016
★★★★★
“ Wasn't sure whether the carpet would ever recover from the stains our dog made when she was a puppy, they all came out as well as some old paint stains. I'm very surprised and pleased thank you.”
– Mrs Liz B Altrincham

Almost as good as New

Customer Testimonials
Friday, March 11, 2016
★★★★★
“ We would like to say thank you for the trouble you took over our lounge carpet last Thursday, it looks almost as good as when it was new and that was nearly eight years ago. We are looking forward to having our sofa done next month.”
– John & Kitty W. Chorlton
Altrincham WA14
5.0 rating based on 12,345 ratings
Overall rating: 5 out of 5 based on 9 reviews.
Anonymous 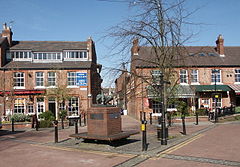 Deluxe Dry Carpet Cleaning is for busy people i

n Altrincham! With Deluxe your carpet is dry in minutes and there is no waiting, you can walk on it immediately and you don’t even have to move heavy furniture– we clean around it! Try DRY and see for yourself  0161 768 0208

Enjoy complete peace of mind when you have Deluxe Dry Carpet Cleaning  to clean your carpets or furniture. Our products and system are 100% non toxic and non hazardous. Our HEPA vacuums are hospital grade and will not fill the air in your home with dust or dirt particles from the carpet. Your loved ones’ health is as important to us as your carpets appearance.

Safe for babies, toddlers, pregnant mums and pets of all kinds

At Deluxe Dry Carpet Cleaning  we are very proud of the many referrals and reviews by our customers that have grown our business. We unreservedly guarantee our cleaning work and service. If you are not happpy we are not happy. Every cleaning is important to us.

At Deluxe dry carpet cleaning  we use effective stain cleaning techniques. Stain removal is an art and we use the most modern techniques to clean carpet stains.. and keep them from returning.

We leave your carpet dry and so there is no possibility of stains coming back a few hours later. Dry carpet cleaning cleans the fibres of the carpet only… no moisture penetrates the backing or padding of the carpet. No dirty solution will come through from below the carpet and our cleaning system does not have any detergent content to cause any type of sticky residue. Your carpet should remain stain free and spotless for months after carpet cleaning

Affordable carpet cleaning rates for your move in or move out

Oriental rugs are expensive and often have sentimental value. Your rug deserves the very best care so it always remains a beautiful part of your home’s interior decoration. You can protect your  rugs  with regular professional cleaning. Oriental rug cleaning prevents dirt from working its way deep into the rug and harming it. To remove the superficial dirt is  not enough, your rug should be deep cleaned every 3 or 5 years. Oriental rugs are often hand woven and require specific care so their value is preserved. Proper care can ensure that their worth increases over time.

Refresh and Restore your Rugs

Spotless sofas and armchairs from your local  Altrincham furniture cleaners

The Town of Altrincham WA14

In the last part of the 18th century the town of Altrincham had a cotton and also woolen industry but it was the opening of the Railway, the Manchester South Joint and Altrincham Train (MSJA) in 1849 which truly prompted the community’s development. The residents endured epidemics of typhoid as well as cholera in the 19th century but in the latter part of the century several affluent Manchester businessmen became residents of the town, specifically in the neighbouring village of Bowdon, at the southern side and they were influential in the development of the town into the thriving area it is today. The existing town hall buildings were erected in 1900 and also in 1937 Altrincham became a town within Manchester.

The centre of the town was redeveloped in the 1970s and the main shopping area currently exists along George Street as well as the parallel Stamford New Road/Railway Street, which lead southwards to The Downs, Hale and Bowdon. The community’s old market hall still exists and is very popular on market days as is the covered market itself, which is sited between Market Road as well as Greenwood Street. However the influence of the enormous Trafford Centre just a couple of miles away has actually struck the community’s retail trade hard. Part of the 1970s shopping centre was reconstructed in 2006/7 to 2011 as well as a new movie theatre opened in the town in January 2007.

The town is probably best known across the country today for its successful non-league football team. Altrincham Football Club, which uses Moss Lane as its home ground , has actually defeated more league teams from the FA Cup than other existing non-league club and in the 1980s was the country’s leading non-league team. There is also an ice rink and once had a celebrated ice hockey team, the Altrincham Aces, who played at the Ice Rink in Broadheath. This ice rink was closed some years ago but a brand-new rink was opened up in 2007 behind the train station. This is the home to the Manchester Phoenix metro cl